Brussels and the EU: the science park goes European 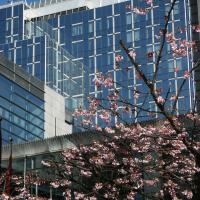 The history of the Leopold Park is one of constant change. It began in 1852 with the creation of a zoological and botanical garden. The price of the entrance was 1 franc. Mismanagement and the death of animals lead to bankruptcy in 1876.

The city took over the entire estate, including the debts, and the Leopold Park opened its door to the general public in 1880, the year of the Jubilee.

In around 1900 a Science park was created at the initiative of Ernest Solvay with beautiful buildings, such as the Solvay Library, housing important scientific institutions.

Today the Park features on the European tour. The guide will be helping you to find the traces of these destinations.